After 2017’s bigger-than-ever, sell-out success, Boardmasters returns to the sun-drenched Cornish coastline for another year, with the hottest surf and music action in the UK. Boardmasters runs from Wednesday 8 – Sunday 12 August 2018 across Fistral Beach and Watergate Bay.

As the sun rose at Watergate Bay last week, Boardmasters announced the first wave of acts set to take to the stage in 2018, including the first Main Stage headline act. Cornwall’s very own surf and music festival will play host to legendary dance music duo The Chemical Brothers alongside some of the most exciting and diverse acts in the world right now

In addition to the incredible musical offerings, punters will also be able to enjoy classic pub banter during The Keg & Pasty stand-up comedy hour, and, for those looking to fully immerse themselves in Cornish life, language workshops will be returning, teaching local dialect to inquisitive minds.

In August this year, Boardmasters welcomed 50,000 festivalgoers to enjoy world-class music from headliners Two Door Cinema Club, Jamiroquai, Alt-J and more atop the picture-perfect Watergate Bay. While the UK’s surf mecca Fistral Beach drew surf lovers in droves with record numbers watching the international surf competition over five days. NME described Boardmasters as “a perfect weekend mix of sun, surf and music in Cornwall” while The Financial Times said Boardmasters is “fast becoming one of the UK’s most enticing summer music festivals”. The Cornish Guardian commented that Boardmasters 2017 was “a resounding success” and the Western Morning News called it “one of Cornwall’s coolest events.” 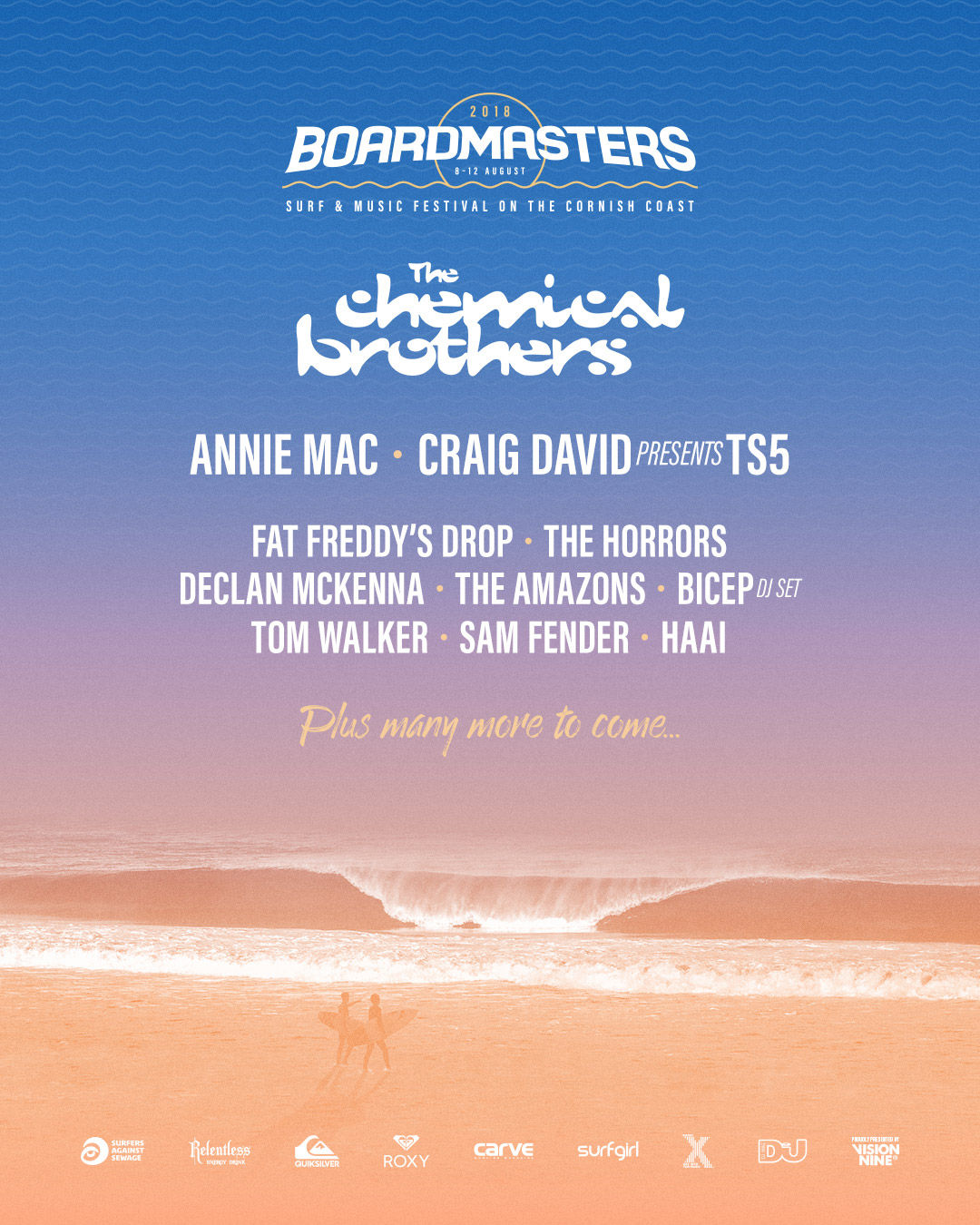